21-05-26
Current status and background of overseas live broadcasts: The current overseas live broadcast ecosystem is insufficient. Most celebrities have fixed content formats and have not become mature channels because the channels are not mature, so it is a challenge and an opportunity.
Find the live streaming process:
According to some specific data of celebrities, it is possible to roughly calculate whether KOL’s interactive performance is cooperative. Some demographic reference indicators such as audience gender, age distribution, country distribution, and city distribution also need to be taken into consideration. Finally, analyze and compare according to the purpose of the event and the actual situation of the brand.
eg1: E-sports chair celebrity live broadcast: After you find the relevant celebrity on Twitch, you can check the status of the celebrity and other social media fans to decide whether to cooperate and then select the product and ask about the willingness to cooperate.

2. Development letter contact
After finding the audience with high relevance and getting the celebrity, the first development letter is very important. After the successful contact, the celebrities later responded with interest, arranged the product delivery and confirmed the live broadcast time

After the live broadcast, we discussed other activities with celebrities and made the interaction rate very high: 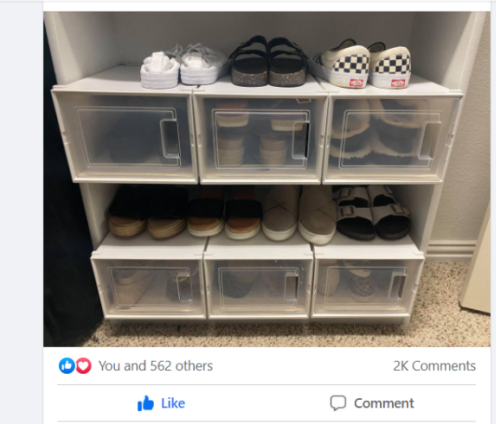 A total of 562 likes and 2K comments were converted into about 180 shoe boxes.
to sum up:
From the above two examples, it can be concluded that although overseas live broadcasting is in the ice-breaking stage, if the product has a good tonality and a good marketing strategy, it may be an excellent marketing channel. Just because overseas live broadcasts have just started, it's time to lay a solid foundation with celebrities. It also requires us to have pre-judgment experience in product selection. The more intuitive the product display, the better, because most users don't like thinking. However, there is still a lot of content to be discussed in overseas live broadcasting, and it is also one of the main trends of overseas promotion in 2021. The development and utilization of this channel is still one of the focuses of future work.